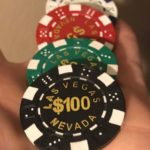 Betting/Gambling dates all the way back before history was written, the Paleolithic Period. In places like China betting on fighting animals was common, playing cards appeared in the 9th Century. Dominoes and Lotto games appeared in the 10th Century. Many records trace gambling in Japan back as far as the 14th Century. In the 17th Century one of the most popular U.S, card games Poker started in Persia, with the first known casino the Ridotto operated in 1638 in Venice Italy.